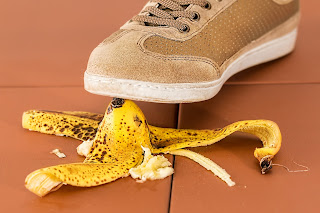 Within decision psychology there’s a famous experiment, described in Daniel Kahneman’s book, Thinking, Fast and Slow, known as the Linda the Bank Teller experiment. The experiment goes like this – participants are given the following information:

Linda is 31 years old, single, outspoken and very bright. She majored in philosophy. As a student, she was deeply concerned with issues of discrimination and social justice, and also participated in anti-nuclear demonstrations.

Participants are then asked the following question (see which answer you would choose):

Which of the following is more probable?


If you chose #2, then you are like most people. Most of the participants in the study identified that it is more probable that Linda is a bank teller and is active in the feminist movement than her being simply a bank teller.

To put it another way, the question the experiment asked you is like asking you:

Which of the following is more probable?
At best, the two probabilities can be equal, but #2 can never be greater than #1.

So, if you, like most participants in the study chose #2 you made an ‘error’. This ‘error’ you made is one that is predictable and, according to Kahneman and others, is an example of the irrationality of people. The message that is often told is that people are unreliable and can’t be trusted.

‘Human error is a common issue in many workplaces, and is a big problem that many safety professionals actively try to deal with. Some people believe that ‘human error’ or ‘unsafe acts’ (or whatever we want to call it) is responsible for most of the accidents we have in the workplace. So we spend a lot of time in safety trying to understand and deal with ‘human error’, in all its forms and studies like the Linda the Bank Teller study seem to confirm our suspicions – people are a problem to control.

But wait a minute…if you chose #2, why did you choose #2? If you’re like most it’s probably because of all the additional information that was given to you. You used a stereotype, or a mental shortcut. Your mind filled in the blanks of Linda’s life based upon the information you had. Why does your mind do that?

Well, as psychologist Gerd Gigerenzer points out, it’s because this mental shortcut is correct a lot and allows you to communicate more effectively and efficiently with other people. Think about it, if you listen to the words people typically use in normal conversations there’s a lot of ambiguity. We often aren’t very specific about what we’re talking about. So our mind fills in the blanks, using the information that is said, as well as other contextual factors. And this works most of the time. It allows you to carry on conversations with others without a lot of confusion. Effectively, this makes you more socially intelligent.

Now wait a minute, none of the above about social intelligence makes choosing #2 any less of an ‘error’. But when we try to understand the ‘error’ we find that this ‘error’ makes people more successful overall in the sorts of environments they operate in. To put it another way, the ‘cause’ of the error in this experiment is the ‘cause’ of success most of the time.

And this is a common theme we see when you start to dig deeper into human performance – success and failure have the same causes. People have to deal with a world that is imperfect and complex, all the while with scarce resources. To make this work people make what Erik Hollnagel calls performance adjustments. These performance adjustments are remarkably successful most of the time…until they aren’t.

What does this mean for the safety professional? There’s a few lessons learned here:


If you have questions about how you can create sustainable performance adjustments in your organization contact us today!