Rules Are Not Risk Controls 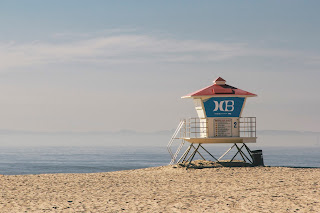 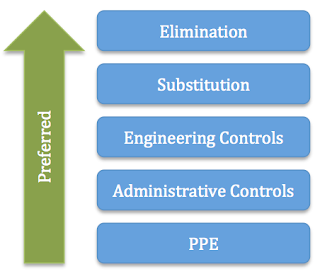 Now most of the types of controls work by acting directly on the object creating the risk. For example, ventilation (an engineering control) reduces the number of toxic contaminants in a given atmosphere, reducing the risk. Wearing fall protection PPE reduces the effect of gravity, reducing the likelihood that one will fall
far enough and land hard enough to cause injury. Elimination of a given process through design or redesign eliminates the risks inherent in that process.

If we were to graphically illustrate this, whereas other types of control measures on the hierarchy work in an almost linear fashion on the risk they are meant to control. You implement the control and the risk is reduced.*

Administrative controls, by contrast, have an intervening variable, the person.

Now, the fact that rules and other types of administrative controls do not directly control risk and that people do seems pretty obvious, and so many of you are likely saying “so what?”

Well, here’s the thing, that simple intervening variable of the person may seem like a trivial point, but, in reality, it changes everything. The change is so profound that if you treat administrative controls (rules, regulations, policies, procedures, training, etc.) like you treat any other type of control you likely will run into problems. As the famous astrophysicist, Neil deGrasse Tyson, said recently on Twitter – “In science, when human behavior enters the equation, things go nonlinear. That’s why Physics is easy and Sociology is hard.”

To illustrate, here’s a few implications for rules based on the idea that administrative controls don’t control risk, people do:


None of this is meant to imply that rules and other administrative controls are not important and that they have no place in how an organization manages itself. Rather, it is to say that we cannot ignore the central role that our people have in managing risk. This is not a bad thing. In fact, given how much is reliant on people we should marvel at how effectively people manage risk, given that most of the time no accidents happen and “the trains run on time.”

So what’s our role here as leaders in the organization? Here’re a few points to consider and discuss:


Have a particularly troublesome issue with rule violations in your organization or just looking for someone to bounce ideas off of regarding your administrative controls? Contactus today!