Digging Out Root Cause 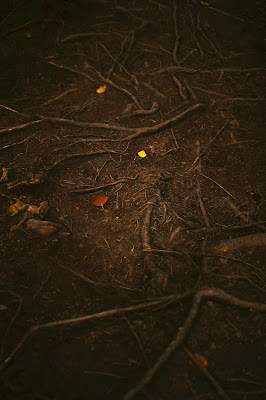 There’s been a push in the area where we live to require certain organizations to do “root cause analysis” for major incidents. Most of this push is for high-hazard industries, such as refining and chemical manufacturing, which makes sense, since if something goes wrong in these areas it can have very serious consequences. So state and local regulators are proposing and enacting regulations to force organizations to conduct a root cause analysis for major events (and perhaps some other events). You can view an example of these regulations here and here.

The underlying assumptions for this push are basically that (a) the current processes used by these chemical plants are flawed, and (b) doing a root cause analysis is a superior method for doing investigations. Now, we haven’t worked with all of the plants covered by the regulations, so we can’t really speak to the first assumption (a).

However, is root cause analysis really a good way to investigate accidents? At first glance the answer seems to be ‘yes’. The name “root cause analysis” implies a process that goes deeper into the organizational processes. And that is something we all want – a process that goes deeper. This should help us better identify and correct problems right?

The biggest issue with the search for root cause(es) is that it is so deceptively subjective and arbitrary. To understand what we mean, let’s look at the basic idea behind root cause analysis – to identify the root causes of a fault or accident. Root causes are defined as those factors that, if removed, would have prevented the accident. On the surface this seems to be very logical and objective. Just identify those things that, if removed, would have prevented the event from occurring.

In reality though, this is so subjective and prone to bias that it’s scary. Lets look deeper at the logic here. Every effect has a cause. Therefore, every accident (which is an effect) has a cause. Every cause is also an effect though. So you just keep looking at each cause as an effect and then determining what the cause of the cause was until you get to the so-called “root cause”. But doesn’t this also mean that so-called “root causes” also are effects that have causes? Why wouldn’t the cause of the root cause be the actual root cause? How do we pick one or the other? Wouldn’t, in reality, the root cause of all accidents be Creation or the Big Bang (respectively, depending on your worldview)? As Jens Rasmussen points out, what we end up calling “root cause(es)” are often merely the points where we decided to stop investigating. This means that “root cause” is not an objective element that we find, but rather something we create when the investigation stops. This means root cause analysis is entirely subject to the whims and biases of the investigators.

As an example, lets apply the root cause analysis thinking to an instance of someone getting hurt at work. What are the factors that, if removed, would have prevented the accident?


Obviously we’re being a little absurd, but the main reason the above are not typically considered “root causes” in a root cause analysis is because the organization chooses to do nothing about them (in one or two cases there’s nothing the organization could even do). But doesn’t that mean that root cause analysis is muddying the waters between learning and corrective action? If we only can call something a root cause if it’s something that we have the means and desire to fix, doesn’t that introduce huge potential for bias into the process?

The bottom line is that root cause analysis is distortion and subjectivity masked as clarity and objectivity. The world does not unfold in the way that root cause analysis has us looking at it. Our world is made up of a constant stream of events that are highly interconnected. Breaking them into bits is an extremely arbitrary process that will inevitably lead to an incomplete understanding of what we are looking at.

We recommend that the safety profession move beyond root cause analysis and begin to look at other methods for investigating failures. What that looks like may vary from place to place, situation to situation, but some general ideas to get you started include:

Now, there are some who can do the above while still using some methodology that they call “root cause analysis”. That’s fine. You can call it whatever you want to call it, as long as you recognize that reality is not reducible to “root causes” and the process is more about understanding and managing bias rather than eliminating it. Accident investigation is a social process requiring empathy, collaboration and communication first. Everything else is secondary.
No comments: