The Unintended Cost of Legal Culpability 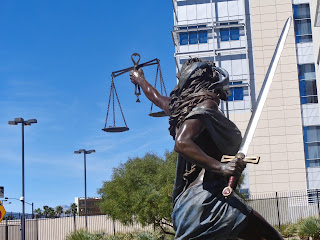 You ask many in the safety profession what we need more of and a fair number will say- accountability. What they really mean is culpability, i.e., punishment for the guilty. We need people to have real consequences for their actions. We see scandal after scandal, major accident after major accident. The body count rises and out of our mourning we begin to look for reason in the senselessness. Naturally (and we mean that in the most literal sense of the word), we look for who is responsible. We look to the government to punish the guilty. For instance, we applaud those lawmakers who propose to enhance legal culpability for organizations, such as the recent bill to make it easier to prosecute pipeline operators in California.

The logic here is pretty straightforward – we make it easier to punish organizational leaders, that should deter them from putting people in harms way just to make a profit!

There are some underlying assumptions with this logic that are worth pointing out. First, the assumption is that people act almost entirely based on incentives and reinforcement. This is familiar to many in safety. In safety we largely ignore the social sciences, but when we decide to pay attention to this area the behaviorist school of psychology dominates. To oversimplify a little bit, behaviorism is about carrots and sticks. People move toward carrots and run away from sticks. So, behaviorism predicts, increase the size of the stick and you will get less of the behavior you don’t want to see.

The second underlying assumption with the logic above is that leaders make risk decisions based upon a coherent calculation. They look at a decision, count up the carrots and the sticks and then do whatever the calculation tells them. If there are more carrots (or the carrots are more valuable) than the sticks, then they do whatever it is, and vice versa.

With these two assumptions the actions to increase culpability and blame for those after an accident make perfect sense.

But what if they are wrong?

Well, perhaps “wrong” is not the right way to characterize this, but maybe “only part of the story.” In our experience, the focus on creating legal culpability for safety has four unintended consequences.


Now, we aren’t saying necessarily that we should do away with the legal system entirely, nor are we saying that there should not be consequences for law-breaking. The legal system serves more purposes than just ensuring safety. However, we are safety professionals, not lawyers. The idea that more legal culpability for organizations and leaders in organizations will give us more safety is, at best, not as clear-cut as it seems at first glance. At worst, it may be distracting us from other ways to influence organizations to make better decisions to reduce risk and enhance performance. After all, sure we want more accountability in organizations, but if we achieve accountability at the cost of communication, transparency, learning and innovation, what have we really gained?
No comments: