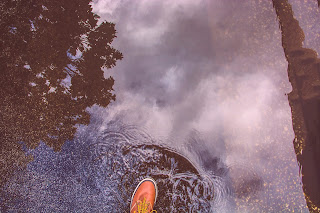 It’s sort of all the rage these days to come up with a SOMETHING-Based Safety. Obviously there’s Behavior-Based Safety that’s been around for a while. But we’ve also seen others like People-Based Safety, Design-Based Safety or Management-Based Safety. All of these different focuses are well-meaning of course, although we have to say that a focus on any one aspect of an organization is a bit too reductionist, focusing on one thing, not how these things work together (some of these avoid that trap, like Relationship-Based Safety). But we think it’s time for us to jump on this bandwagon. We want to put forth our own SOMETHING-Based Safety, but what should it be?

Each of these SOMETHING-Based Safeties is responding to an area that they feel is not getting enough emphasis in the safety profession, whether it be people, behavior, management, design, relationships, etc. If we follow this line of thought, then we should develop a SOMETHING-Based Safety that focuses on something that isn’t getting enough attention.

With that in mind then, we submit for your approval Reflection-Based Safety. We chose Reflection-Based Safety because if there’s one thing that the safety profession seems to be lacking these days it’s a healthy dose of self-reflection. We often are so focused on external factors – hazards, compliance, getting people to follow the rules, getting management commitment to safety. We talk about how to influence people, how to coerce them and, sometimes, how to force them to do what we want. We spend lots of time talking about how frustrating it is to deal with people who just don’t seem to care about safety enough, whether that’s the workers or our top management. We even sometimes make fun of those people, posting pictures of people doing things that look stupid and we mock them. You just can’t fix stupid, right? We discuss how factors such as greed, laziness, peer pressure, pride and a general lack of ethics lead to all of these problems. We devise strategies to deal with these external problems.

But one thing is missing from all of this discussion – our contribution. It’s rare to see a discussion about how perhaps the way the safety profession approaches problems is causing, contributing to or at least not helping those problems. When our workers routinely violate safety rules, it’s because the organization’s culture is bad, not because we’ve created rules that aren’t effective. When our managers don’t bring us into the discussion, it’s because those managers don’t care about safety, not because we position ourselves as problem finders, rather than problem solvers in the organization.

There’s a concept in social science that many have heard of, but few seem to think much about – the self-fulfilling prophecy. The concept is pretty easy to understand. You believe that something is true, so you act like it’s true, which makes it true. So, for example, if you believe that someone you know is an unfriendly person, you are likely to act like that person is mean. You don’t act friendly to them and generally are cold to them. The result? The person doesn’t come across very friendly to you. Of course you interpret this to be confirmation of your belief in their unfriendliness, not a result of your reaction to YOUR belief.

What if the problems we see in our organizations are a result of a self-fulfilling prophecy? Consider the following examples:


Does any of this sound familiar? In each case we had a belief that we acted on and we created a world where our theory would be true. So we reinforced our own beliefs. The cycle continues.

This is why we think the time for Reflection-Based Safety has come. Rather than safety professionals focusing so much on external features, Reflection-Based Safety is about turning the focus internally and asking how we are contributing to the problems we may find in our organizations. It’s about identifying the underlying assumptions of the things we do every day (e.g., what does your schedule say about your beliefs?). Look in your safety tool box and see what you find and ask if those are really the right tools for the job, or if they simply are the only tools you feel comfortable using.

Most importantly, Reflection-Based Safety is about constantly asking the question – how would I know if I were wrong? Too often we act on theories and assumptions, and we look only for the evidence that we are right to confirm our beliefs. This confirmation bias can blind us to contrary evidence and lead us down garden paths. Unfortunately, in the case of safety, we are not the ones who suffer when we fall into these traps. If we consistently identify ways that we would know that our beliefs are wrong and look for that evidence we can be a bit more confident that perhaps we’re on the right path (or we can adjust more quickly when we happen upon the wrong path.).

Note: We really aren’t advocating the development of Reflection-Based Safety as a new thing. There are enough of those out there right now that we probably don’t need another one.