Who Holds the Rule Makers Accountable? 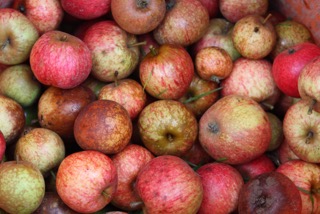 There was a discussion on LinkedIn recently posted in a number of groups that asked how to deal with a situation when a worker keeps doing the “wrong” thing. By “wrong” we assume they mean that the person violated a rule or some practice and hence did something “unsafe” (whatever that means). It’s a fair question, because there will be times when someone repeatedly violates some rule or procedure you put in place as a safety professional and that can be supremely frustrating. After all, you put these rules in place to help keep them safe. So if someone violates your rule it easily seems like they are acting in a way outside of their own self-interest (i.e., in a way that could get them hurt).

There was a lot of response generated in some of the groups and the responses were pretty interesting. One of the most common responses seemed to revolve around the idea that we need to hold those workers accountable. Some took a positive spin on this, saying we need to find ways to motivate the workers and reward them for safe behaviors. Some pointed to flaws in the management of the organization, saying that without management on board you won’t make any progress. Still some pointed to the need for discipline, whether that’s firing the employees or some even advocated docking the pay of employees.

All of these solutions are interesting and worthy of discussion, but they all have one thing in common – they see the people as the problem that must be fixed. Think about your own answer to the question asked above. How would you solve it? If you’re like most you probably went right toward finding solutions for the behavior. Therefore the behavior (the individual) is the problem and the only question is what solution we can recommend to fix that behavior.

Take a step back from the problem for a second. If someone violates a rule repeatedly is the only potential problem with the behavior? Isn’t there at least one more option - What if the problem is that the rule is a bad rule?

We find it disturbing but not surprising that very few safety professionals respond to the question with a solution that first requires us to look at the rule. With very few exceptions safety professionals respond to a problem like the one posed above with an implicit assumption that the problem is localized within the person. That’s such a powerful assumption that we don’t even take the time to think about other options. Similar to a reflex, we see the issue and we immediately and unconsciously know what the problem is. We don’t ask questions because we already understand what’s going on. It’s another trouble maker, another bad apple!

Ok, let’s assume that it’s possible that you could merely have a bad apple that must be removed (we don’t necessarily buy that though). After all, people are fallible. The question then becomes could there ever be a bad apple who writes rules? Think about it, rules are written by people, just like work is done by people. The difference is that when we do work we actually (usually) have systems in place to check if the work we’ve done is actually effective. Very few organizations have anything remotely close to this for the rules they write.

This is particularly true for “safety rules.” If you put a safety rule in place this is often sacrosanct. You can’t question it without being labeled as someone who doesn’t care about safety. There’s no need to check to see if the rule is actually working, because, after all, it’s a safety rule. It would work if only people would follow it!

Why do we have rules though?

A rule is not just a standard. If the only reason you have rules is so that you have standards you can hold people to, then a rule is merely a means for you to easily find the cause of accidents (blame) and it really has little or no relationship with helping to create safety in your organization. That sounds harsh, but it’s true if you think about it. If you have a rule that you can only enforce after an accident happens then that is a really bad rule and isn’t doing you much good at all.

Really though, a rule is supposed to be a means of transferring knowledge with the goal of influencing behavior. Not everyone knows the best ways to do certain things, nor the things that will lead to bad outcomes (e.g., accidents) so we create rules that transfer that knowledge in a way that makes if very hard for people to not utilize that knowledge (because we provide an artificial consequence). So the rule should be tied both to artificial, but also to real outcomes in the environment where the rule is utilized. That means if someone is routinely violating a rule then it’s entirely possible that the rule is not really tied to real outcomes in the environment. To put this in more plain terms – maybe the rule you put in place to keep people safe isn’t working.

Does your organization have anything in place to identify this? Probably not. But if we buy into the idea that people are fallible, and, to take it further, if we buy into the idea that our world is fluid and complex, we would have to admit that our rules are sometimes (and perhaps often, if we’re honest) deeply flawed. So if someone violates a rule repeatedly then we have to admit that there is a distinct possibility that the rule is the problem, not necessarily the person.

The question we ask then is this – what does this fact say about our assumptions in our profession and what effect will this have on our practices?