Sacrificing Decisions – The Upside of a Late Arrival 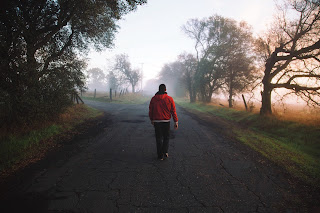 As we write this a few of us are on our way to the NationalSafety Council’s Congress and Expo in Atlanta (although most likely the event will be past by the time you read this). Traveling from the west coast of the US to the other side obviously involves air travel, an experience most people are familiar with. Air travel comes with a consistent range of experiences, from the pleasantly predictable (lets face it, one thing we don’t want when traveling miles above the ground is surprise) to the mildly annoying (for example, being a few minutes late or getting stuck in the seat with the exact wrong person).

Sometimes though something really disrupting happens and most people are sufficiently frustrated, often understandably so. One such event happened to us. While traveling on Southwest Airlines, getting on a connecting flight in Houston on our way to Atlanta we all boarded the plane, got ourselves comfortable in our seats and then the captain came on to say there’d be a short delay as the maintenance crew needed to look at an electrical problem. About five minutes later though the captain came on to say that we needed to change planes. What a hugely disrupting event! We all had to deplane, move to another gate, the people who were at that gate for their flight had to move to another gate themselves, the luggage had to get moved (talk about a cascading event!). We took off almost an hour late, so we were obviously late arriving. Not a big deal for us, but for some people with tight schedules (such as their own connecting flights), that could be a big deal! The flight attendants and crews were clearly flustered and very apologetic. Many of the passengers were clearly annoyed.

But we couldn’t have been happier.

During the event we couldn’t help but think of a quote from Sidney Dekker’s book Drift into Failure that is worth some reflection:

In making these trade-offs, however, there is a feedback imbalance. Information on whether a decision is cost-effective or efficient can be relatively easy to get. An early arrival time is measurable and has immediate, tangible benefits. How much is or was borrowed from safety in order to achieve that goal, however, is much more difficult to quantify and compare. If it was followed by a safe landing, apparently it must have been a safe decision.

Southwest made what we call in the safety business a sacrificing decision. In the constant trade-off and balance between safety and production, production has a number of inherent advantages. One of the primary is what Dekker alludes to in the above quote – if you sacrifice production you always get immediate and consistent feedback. You know the consequences of your decision because the job doesn’t get done as planned (on-time, on-budget, etc.). And we all know that this is the case. We know that if we choose safety over production that there will be (negative) consequences, and if we borrow a little from safety to enhance production there will also be (positive) consequences. This knowledge creates an inherent pressure (sometimes called “faster, better, cheaper pressures”, after the famous NASA goal of the ‘90s), a tension pushing us toward the boundaries of safe work.

The problem that many safety professionals don’t want to admit is that this is almost always a good thing, it leads to innovation, efficiency improvements, and many other benefits that we all enjoy. Who doesn’t want to arrive at their destination early when flying?

These faster, better, cheaper pressures are a good thing…until they aren’t. There is such a thing as too much of a good thing. Everyone knows that, but the tricky thing is balancing the trade-offs so you get the most of the “good thing” without the “too much”. How do you know where those boundaries are, especially since they change over time?

That’s the tough question we try to answer in safety and is worthy of a discussion on its own. But the point we’re trying to make is that sometimes in the safety world we make it seem like such an obvious and trivial thing to make a sacrificing decision, sacrificing production for safety. Especially after an accident, we chastise those who didn’t stand up to do the “right thing”. But making sacrificing decisions is not an easy thing to do because the pressures are almost always pushing you away from choosing safety over production.

Do you want to know what makes it harder? People punishing those who make the sacrificing decision for safety. For example, if when we changed planes we had yelled at the crews for disrupting us and making us late, if we had blamed Southwest we would be making it harder for someone to choose safety over production. We would be contributing to the pressure to keep quiet.

What about your organization? How can you make it easier for people to make sacrificing decisions, where they sacrifice safety for production? Here’s some things to consider:

So, in line with our first recommendation – thank you Southwest Airlines! Note, that we don’t necessarily endorse Southwest Airlines, nor can we vouch for their safety management systems in all cases (we just don’t have that knowledge. But in this specific case they chose the safety of their workers and their passengers (us) over production, and they should be recognized for it. (Plus the new plane we went on had wifi, whereas the other one did not, so that was a side benefit.)