It’s Time For An Anthropological Approach to Safety Culture 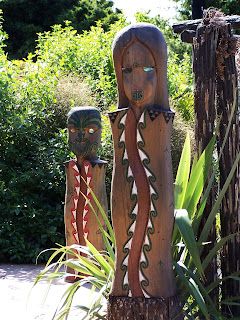 Now, when you ask people what safety culture is, this where it starts to get fuzzy. Sometimes you hear people say that it’s how people in the organization behave in terms of safety, i.e., the decisions they make, the risks they take, etc. Some people refer to culture as the sum of the habits people have. Others use that classic definition of “the way things are done around here”. Some believe safety culture is something you have to create, whereas others think that every organization has a safety culture, it just has to be influenced.

Fair enough. How do we build a safety culture or influence a safety culture to achieve the Valhalla of safety that culture promises to be? This is where we get even more confusion and disagreement. Sometimes people say it’s through engagement of workers, or putting up motivational posters (or even posters of their kids, to motivate them not to kill themselves). Sometimes it’s engagement of leadership. Maybe it’s training.

Honestly though, when you look at the approach the safety profession takes toward culture, only one thing seems clear – there is no clarity.

In the safety profession, if one of our employees faces a work situation where they lack clarity, where they are uncertain, or where the way forward is unclear, almost without question we would advise them to get clarity by going to an expert on that task who can advise them. It’s funny that most people reading this agree with that strategy, but the safety profession fails to take its’ own advice! If we really want to know what culture is, why haven’t we talked with the scientific body that coined the term and whose whole purpose is to study culture – cultural anthropology?

Now, don’t get us wrong, any anthropologist will be the first to tell us that they haven’t figured out culture, nor do they have one universal definition that they agree on either (one definition we like for its brevity is shared patterns of learned behavior ). But they at least can tell us where culture comes from, how it affects individuals, and how it changes. Isn’t that exactly what we’re looking for in the safety profession?

For example, looking through an anthropological lens, culture is an adaptation that groups of humans used in order to solve problems in their environments. Our human ancestors gained an advantage by working together, which allowed them special access to food, safety, and the ability to reproduce that those who went alone did not have. Culture helped to keep these groups together and influenced the behavior of individuals within the group that helped secure that advantage.

If this is true, there are some general implications. First off, culture is context specific. Culture developed because it helped people solve the problems they faced in their environments. This means that a cultural adaptation is specific to that environment, which may mean that the culture may not work in another different environment. This leads to the next implication.

Culture is neither good nor bad. There is no universally good or bad culture. Cultures may be “better” (more specifically, more adaptive) because they help the members of that culture adapt to their environment more efficiently. But that same culture may not work in another environment. So you cannot compare one culture to another without considering their context as well.

Now this may sound like weird academic speak, but if the above is true, it has some important implications for the safety profession. Here’s some we’ve thought of, although there may be more: