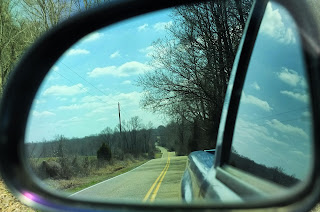 This argument from the operations employees is a common variant of something heard a lot in business – “that’s the way we’ve always done it”. In the safety profession this is a common response we get when we go to employees to tell them how to do jobs safely. It can be frustrating for us because it’s hard to change people’s minds if they are stuck in the past.

However, we all know that the “that’s the way we’ve always done it” argument is flawed. Risk has a frequency component to it. So something can be done multiple times without incident, perhaps due to nothing more than luck, but the risk can still be high. Obviously in the case above about the chemical transfer, doing it for years did not mean that it was free from risk of chemical exposure.

Of course the problem is that the propensity of people to learn through trial and error provides a potential for a false sense of security. We do something, we get feedback from our environment that it was safe (as evidenced by the fact that we did not die, nor were we injured), and so we learn that this is the right thing to do. Add to this a further human propensity to push boundaries and test limits, which means that as we cut corners and start to believe that doing so is “safe”, we will be more likely to cut the corner even further. This leads to drift and is an obvious recipe for problems.

So how should we deal with it? The traditional approach that many have advocated is to focus on the person and prove them wrong. The problem is one of risk perception, so the story goes, so we need to focus on how to fix their risk perception.

This is a flawed approach in our opinion. First off, the problem of risk perception is not an individual problem, it’s a people problem. People have tendencies to downplay or overplay certain risks more so than perhaps they should. This is a common finding in risk perception research, so if your approach is to try to change the risk perception of every person you come across who you believe has a flawed understanding of the risk they face, you are going to face a never ending battle.

Even if this is doable though, we think the focus on risk perception sort of misses an important point. The issue is not about their understanding of the risk, but with their definition of safety. Think about it, if someone says “that’s the way we’ve always done it” as evidence that what they are doing is safe enough, they are saying that safety is the absence of accidents. Nothing bad has happened, therefore they must be safe. Obviously this is a bad assumption though. Safety should not be defined by its absence but by its presence. If your organization relies a lot on the “that’s the way we’ve always done it” argument then your organization is defining safety in a very reactive way.

But this doesn’t mean, as safety leaders, we should immediately go into a diatribe explaining how their implicit mental model of safety is causing them to make a fundamental logical error. You’ll just get blank stares if you do that. Instead, we recommend you use “that’s the way we’ve always done it” to change the conversation in your organization around how safety is defined. For example, try this for a response:

“You are right. You’ve done it that way for a while and nothing bad has happened. So something must be going right. Why don’t you walk me through the process you use and lets specifically identify what about what you’re doing is making this successful?”

What have we done by responding in this way? First, we acknowledge their expertise. After all, their experience is valid. Nothing bad has probably happened and it very well could be because of what they are doing. By acknowledging that you affirm their expertise, which reduces some of the confrontational nature that tends to mark interactions between safety professionals and workers. The conversation becomes positive and more productive.

Second, we allow the worker to begin to reflect on their work. Essentially we start learning from what goes right. We can pinpoint those key elements that enable success, those things that we think are making us successful but really are not, and those things that are actually holding us back. Furthermore, you’ve changed the focus of the employee from proving to you that what you are recommending is not necessary, to proving what they are doing is sufficiently safe. This simple change in perspective may help them see things that they couldn’t see before. It also changes your perspective, and you might begin to appreciate aspects of the job that you never appreciated before, such as the complexity of the work, or the unique expertise of the workers.

Finally, this process enables better decision-making in the organization. By explicitly identifying what is making the job safe you have a clearer picture of the critical tasks that may need some additional protection. You may see how one of the key elements keeping workers safe is their ability to communicate with one another, for example, which can help you better assess the risk of organizational changes that may affect that communication. Think how much more effective training new employees will be knowing which steps in the task and which features of the job are critical.

The key point in all of this is that changing the conversation can have profound effects. Start looking at how the actions and language within your organization implies what their definition of safety is and look for opportunities to change that conversation toward seeing less as the absence of negative events (accidents, incidents, deviations) and more as the presence of positives (i.e., the capacity to achieve success under varying conditions).
No comments: 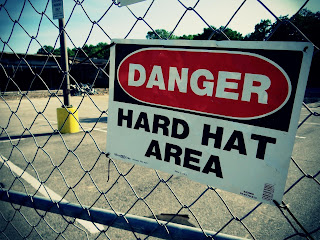 After an accident it’s not uncommon to hear the word “complacency” thrown around. Usually it’s the individual workers who got complacent and did something to cause the accident (like the workers who overflowed the tower in the BP Texas City Disaster). Sometimes it’s the organization that gets complacent and stops caring about severe risks and then a disaster happens (like NASA before the Challenger and Columbia disasters). This has led many in our profession to comment that complacency may be our biggest challenge. If one talks to CEOs of companies who appear to have a high safety commitment their employees becoming complacent often is a major concern of theirs. Some have even commented on complacency being a “silent killer” that is claiming thousands of lives every day.

What is complacency? Well, this is where things get a little fuzzy because there’s no really good definition of complacency. Looking at how the term is used, it ranges anywhere from a simple mental lapse or slip regarding risks, to the wanton disregard for human life. A common theme is not paying attention to a risk when the person should have. Usually it seems to have something to do with motivation – i.e., if only we cared more we wouldn’t be as complacent. It’s not really clear though what complacency even is because people use the term to apply in so many cases and contexts.

Does this confusion with the definition matter? Absolutely! We are making claims that say that complacency is leading to accidents that are killing people. Therefore we’d like to be able to identify complacency before an accident happens so we can do something about it. Pointing out after an accident that someone was complacent and that led to the accident may make for a great story, but it doesn’t really help us prevent the next accident.

Perhaps then if we dig a little deeper we can identify some of the relevant features of complacency that will help us identify it so we can eradicate this menace from our workplaces. So lets look closer at complacency and see what we can learn about how to fix the problem.

But wait, all of us go into environments with a myriad of potentially important things that we can pay attention to. However, we only have a very limited ability to pay attention to all of them. So people pay attention to the thing that they feel is the most important to them, which is often based on their idea of what the risks in a given environment are. If that assessment is wrong how is telling the person that they shouldn’t be so complacent going to help with that? It wasn’t like they chose to ignore the important thing that was going to hurt them or others. They chose to ignore something that they thought would not hurt themselves or others. There’s a huge difference there and in that difference is an opportunity for intervention.

Instead of using the complacency label to shift the blame to the worker, shouldn’t we be asking why there wasn’t anything in the environment that either prevented the worker from coming into contact with the risk in a situation where their attention is diverted, or why there wasn’t something that helped the worker attend to the right information?

Aren’t those things within our responsibility as leaders and safety professionals?

That’s the real problem with the idea of complacency – it makes it sound like the problem is in the person and therefore our solutions should involve changing the person (usually by telling them to pay more attention next time, to care more, etc.). But this is a gross oversimplification of what complacency is and it assumes that the worker is actively choosing to be complacent. People don’t choose to do things that they think will get them or others hurt, nor do they do things that they think will cause them to do a bad job. Instead, people do things that they think will help them be successful. So the idea that we can fix “complacency” by motivating our workers is misguided. Our workers are already motivated! This doesn’t mean that what they did is good or acceptable. But it does mean that telling them that they need to care more is demeaning and demotivating.

All of this doesn’t speak to the unspoken truth about complacency – that it often leads to safety and success. So if we did somehow eliminate it we may eliminate the good that the psychological and social processes that we call ‘complacency’ give us. As a basic example, complacency sometimes is described as someone doing something without thinking it through. Doesn’t that sound an awful lot like a habit? Aren’t habits good things in many cases? Imagine what your life would be like if you were to eliminate all habits. You’d have to think through every small detail. Not only would that be exhausting, your performance would degrade. You’d be less safe. So if we eliminate all “complacency”, we would make things worse.

It’s time the safety profession ditched the concept of “complacency.” We’ve all used it. We’re all guilty. But it’s time to change. “Complacency” is a term without a clear definition, that we really can only apply in retrospect (making it essentially impossible to use for prevention purposes), and it shifts the responsibility for safety solely on the worker when we all know that safety responsibility should be distributed throughout the organization. It’s lazy, plain and simple and it’s time that our profession grew up and found better ways to describe behavior.
No comments: