May God Have Mercy…Because We Cannot – Looking for Second Stories 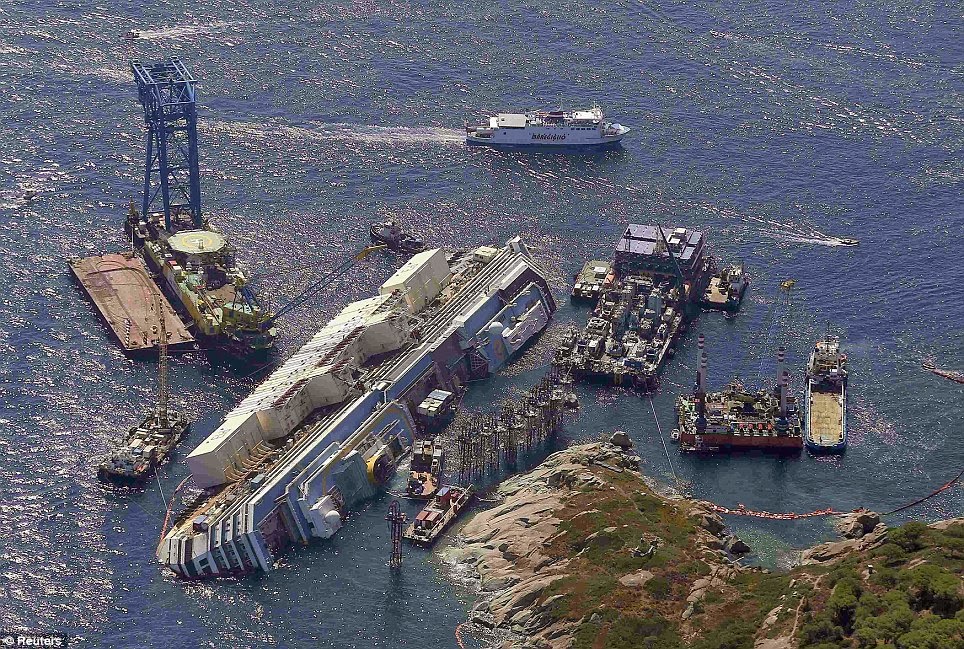 On January 13, 2012, the giant cruise ship Costa Concordia was ship wrecked off the coast of Isola del Giglio in Italy. Of the 4,200 people on board the ship at the time of the disaster 32 died. Subsequent investigation in the media has focused on the actions of the captain of the ship, who navigated the ship too close to the coast, delayed reporting that the ship had struck a rock to the Italian Coast Guard for an hour, and abandoned the ship during the subsequent evacuation before all others had evacuated, in violation of maritime law (for more information on the incident you can look here and here). Four days after the shipwreck the captain was arrested and his trial that has been ongoing for the last 19 months, reached its conclusion, with Captain Schettino sentenced to 16 years in prison, 10 years for manslaughter, 5 years for negligence leading to the shipwreck, and one year for abandoning ship before others. The title of this blog post is adapted from a quote from the Italian prosecutor on the case – may God have mercy because we cannot.

Justice has been served right?

In a classic paper, Woods and Cook point out that if we really want to learn from cases involving “human error” (however you want to define that term) we need to move beyond the first stories, i.e. the story about the unreliable, stupid, and/or evil human not doing what is right. Instead, Woods and Cook argue we need to look for second stories, i.e. the story of the incident but in a way that takes into account the complexity of normal work and local rationality, and avoids the trap of hindsight bias.

First stories of human error seek to place blame on individuals, whereas second stories look to explain why doing what they did made sense at the time. The point of seeking second stories is that it enhances learning. If we only look for first stories, that implies that the problem is located only in that individual. The system is safe “as is”, once we get rid of that one bad apple. Second stories reject the bad apple theory though. There’s not much to learn there.

Those looking for second stories understand that no one wants to be unsafe or to cause others pain (generally speaking). Therefore, any behavior we witness before the accident must be interpreted in light of the fact that the employee did not believe that the behavior would be unsafe. Instead, to oversimplify things a bit, the employee thought that the behavior would help them achieve their complex, often competing goals. If we can tap into that knowledge we can better understand why people do what they do in the organization and begin to make real progress in safety. The learning is deep and rich in second stories.

Is there a second story in the Costa Concordia case? It’s hard to say for sure. Why? Because in the rush to judgment following the assumption of the first story, a mere four days after the accident the captain was arrested. That immediately changes this from an accident investigation (a learning event), to a criminal prosecution. We are no longer learning what happened because the prosecutors already decided what happened for us – i.e. a crime was committed. Blame was decided before we even had a real opportunity tostart learning. To use some of the terminology of Todd Conklin, does the emphasis on blaming over learning make us any smarter? Does is make us safer?

For example, what if we went beyond the first story and started looking for a second story in the Costa Concordia disaster? For example, what if we asked why it made sense for the captain to steer so close to shore? We might get answers such as, it was a tradition for many of the captains, particularly for the Captain Schettino’s mentor, who was from that particular island. Schettino had done this many times before and felt comfortable doing it.

Does this information make it ok that the captain did what he did? Not necessarily. But now we know that the problem isn’t one of a bad apple, but rather an institutional problem. Sending Schettino to jail is unlikely to fix this problem.

Another question – why did it make sense for Schettino to not report the issue for an hour (including apparently misleading authorities about the severity)? Anyone who has studied human response to emergencies and disasters would recognize this as the normalcy bias. People have a tendency to base their interpretation of the present based on what has happened in the past. In the past things were generally normal, so we tend believe that, despite evidence to the contrary, things will probably be ok (normal) now. Anyone who has seen someone who is clearly in need of medical help delay calling emergency medical services (for example, during a heart attack) has seen an example of the normalcy bias. So Schettino not calling for help and downplaying the severity may not be a case of Schettino misleading authorities. In all likelihood he was also misleading himself.

Does this information make the behavior acceptable? No, but it does show that the problem is one of human nature, not of a bad apple. Sending Schettino to jail is unlikely to fix this problem.

You can even ask about the unorganized nature of the evacuation, how patrons were given conflicting information. Doesn’t this speak to poor leadership and preparation? Possibly. But if we look for the second story we notice two relevant facts. First, this was the first night of the cruise, so passengers had not yet participated in mandatory evacuation drills (they were scheduled for the next morning). Second, the crew was multinational, from anywhere from 20-40 countries, and most spoke no Italian. They were interacting with multinational passengers. This is a situation ripe for miscommunication and confusion.

Now, a post such as this is far too short to go into detail regarding the complexity of an accident on the scale of Costa Concordia. But hopefully you can begin to see the need to look for second stories in these types of accidents. The uphill battle we have, unfortunately, is the first stories are so easy to find, and even when they aren’t the media does a good job of finding them for us (finding a “villain” makes the story more compelling). The further problem is that first stories are so satisfying to many people – if we convince ourselves that the bad apple is the problem, then finding and removing the bad apple should fix the problem. Everything is right with the world at that point…that is, until the next bad apple comes around. But at least then we’ll get to experience the satisfaction of excising the problem again and again, as more and more accidents happen, more and more people are hurt and killed.

It’s time to break the self-fulfilling prophecy of first stories.

Editors note - Thanks for Rob Sinclaire for suggesting this topic for a blog post!