There’s Nothing To Fear Here…That’s What Scares Me 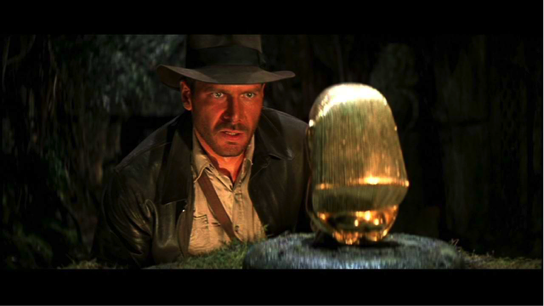 The title of this post comes from the movie Raiders of the Lost Ark, and is in one of the opening scenes where the hero, Indiana Jones, and his colleague reach the room where the treasure they seek is found. After trekking through the jungle and through a temple fraught with booby traps, the two finally reach the room and everything looks like it is finally safe. Indiana stills acts with caution, which makes his colleague remark that there is nothing to be afraid of. Indiana Jones replies “that’s what scares me.” Of course, Indiana Jones is right, and shortly after they grab the treasure mayhem ensues and only Indiana escapes with his life, but barely and only in a very dramatic fashion (it was an action movie, after all).

Despite being an iconic scene in movie history, we think that the scene also has something to teach us about safety management. You could argue that one common theme exists in almost every accident – something that someone saw as benign turned out to be dangerous. Think about the operators who were running the BP Texas City Refinery plant who overflowed a tower, leading to a release and explosion. Or the truck driver who got behind the wheel and ended up crashing into a limousine carrying comedian Tracy Morgan and others. In each of these cases, the people involved did things under the assumption that there was nothing to fear…but it turned out they were wrong.

And, even though with these two examples we focused on the individuals closest to the accident, you could say the same about others higher up in the organizations having influence over the accident. The plant management and corporate managers over the BP Texas City Refinery didn’t think that there was anything to fear when they made further cuts to maintenance, training and process safety spending…but they were wrong.

This is a common theme in safety management – thinking that everything is “safe”, when there is much to fear. This is interesting when we in the safety profession spend so much time thinking about what could go wrong in terms of hazard and risk. We have piles and piles of paper composing all the regulations, procedures, hazard and risk assessments, and training that should help us prevent these instances. Yet, a common theme emerges as one studies major accidents – these things are often in place, yet the accident still happens.

We think that the problem is stems firstly from the Newtonian idea of cause and effect – that big causes lead to big effects. Therefore, to have a big effect, you need a big cause. This isn’t really true though. If you study major accidents, it’s often, at best, small things, sometimes called “weak signals”, that signal that something is amiss. Of course, the problem is that after the accident those signals no longer seem so weak, because we can draw an easy correlation between the weak signal and the accident. But, in the moment, the signals are weak indeed, and many times, they are so weak that only in retrospect, after the accident, can those signals have meaning. So, in the moment, we go along, assuming that there’s nothing to fear, when mayhem is about to ensue.

That’s why we think that there needs to be a paradigm shift in safety management. Most tools and interventions in the safety profession are designed to find obvious things – hazards, “unsafe acts”, etc. But there are few tools designed to help safety professionals understand and find those “weak signals” in organizations that lead to real disasters. Part of the problem, in our opinion, is that many of these weak signals are just normal work – i.e. things continuing on successfully. And, in the safety profession, we’re not equipped to learn from success. Our bread and butter is learning from failure (or at least it should be). But if all we do is learn from failure, we learn about only a small part of our organization’s operations, because most of the time things don’t fail. Most operations succeed, and we have no idea why. For example, what if the same things that we think are leading to failure (e.g. “unsafe acts”) are also leading to success? Wouldn’t that suggest that saying that accidents are caused by human failure is, at best, inadequate at explaining accidents?

The time has come for the safety profession to change focus. We need to stop learning from failure alone and start looking for those weak signals, those normal, everyday things, that may be the triggers of the next major accidents in your organization. Diane Vaughn, called this the “banality of accidents”. Why? Because accidents are caused by everyday work.