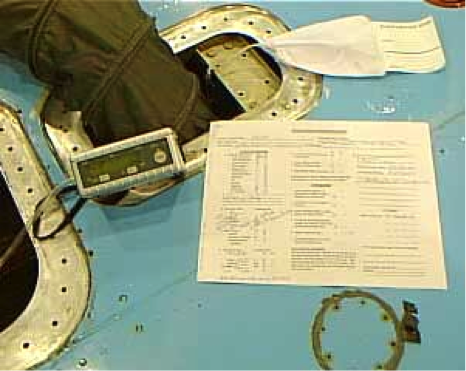 Confined spaces are one of those issues in occupational safety and health that seem to make many safety professionals take notice. Safety professionals often list confined spaces as one of the highest risk activities in their organizations, causing them to spend a lot of time and resources in dealing with these risks. This makes some sense, given that confined spaces, by their very nature, make the hazards one faces worse. OSHA defines a confined space as any space that is large enough to get into and do work, not designed for continuous human occupancy, and difficult ingress and egress (i.e. hard to get in and out). If you’re in an environment that limits your ability to escape that takes away some flexibility in your ability to protect yourself, putting more emphasis on prevention instead of response.

In response, we require our employees who enter confined spaces to fill out a permit. This permit is different than your typical building permit, in that it is not something provided by the government. Instead, the confined space permit is something that the organization fills out to permit employees to enter a confined space (more specifically, a permit-required confined space). This permit contains information such as the space to be entered, the job to be done, hazards of the space, protection measures employees must follow to safely enter the space, and rescue measures in case things go bad.

Invariably, the answer to these questions are “yes.” So why do we need a permit then?

Well, we can say that a permit is needed because it is required by the law or because it is a liability reducing tool. That all may be true, but in a more optimistic sense, a confined space permit is needed because we don’t always act in our own best interest. Why not? Well, one reason is that we may forget about a hazard or not think to identify rescue, etc. Basically, we need a permit because we make mistakes sometimes. In this way, a permit is a checklist, a memory aid, something designed to help us remember things we really want to remember anyway.

Why do we make these mistakes? Well, there’s a lot of reasons we can point to. Sometimes there’s other stuff going on, so we’re distracted or in a hurry, or perhaps we’re tired or frustrated, or perhaps we think we already know all the hazards when we do not (most call that complacency, but we’re not too crazy about that term).

A common issue with checklists, such as the confined space permit, is that people don’t always fill them out as designed. The technical term for this is “pencil whipping” (ok, that’s not really the technical term). But most people have pencil whipped a checklist – i.e. they have filled out the checklist form without actually using the checklist to check the items they were supposed to check. In the context of confined space entry, this means they filled out the permit, but they didn’t really think about the hazards, controls, rescue, etc.

Why would someone pencil-whip a checklist, such as a permit? Well, right of the bat we have to say it’s not that they don’t care about their or other’s safety. That’s too simplistic a view. Rather, in a manner of speaking, it’s a mistake. Usually the person is distracted or in a hurry, or perhaps they are tired or frustrated, or perhaps they think they already know the hazards and don’t need a permit to help them.

Wait a minute…that list looks familiar. Look at the above paragraph, and then look two paragraphs above it. Confined space permits and all checklists have an interesting paradox – you’re most likely to make a mistake when you are least likely to use the thing that’s supposed to help you not make a mistake.  The time you really don’t want to take the time to fill out the permit is likely when you need the permit the most.

This is a bit disconcerting. How do we deal with this paradox? Well, in general, this is an example of how human performance is more complex than we’d like it to be. If we just give people a permit and expect them to always fill it out as required we will be setting ourselves, and, worse, our employees up for failure. Just telling them to comply and punishing them when they do not won’t work. Instead, we need to help our employees deal with this complexity through design of the work environment. This includes traditional safety engineering, such as engineering out hazards, eliminating confined spaces, etc. This also should include design of the work system by helping employees deal with competing goal structures and building in a work system that has sufficient capacity to adapt to changing work environments, as well as making systems as error tolerant as possible.

Further, this permit paradox is an illustration that safety is not as simple as creating a rule and expecting people to follow it. As safety professionals we must always look closely at any interventions we propose to ensure, as much as we can, that they do not create new blindspots, new pathways to failure, or that limit the ability of our employees to make informed performance adjustments to their work environment. Like so many other things in safety, we need to be on the lookout for these unintended consequences, or else we’ll be like the emperor, believing we’re clothed in the robe of safety, when in reality we are as naked as the day we were born.